Written by: Faull Kennedy - Connect with Faull through the Museum contact form 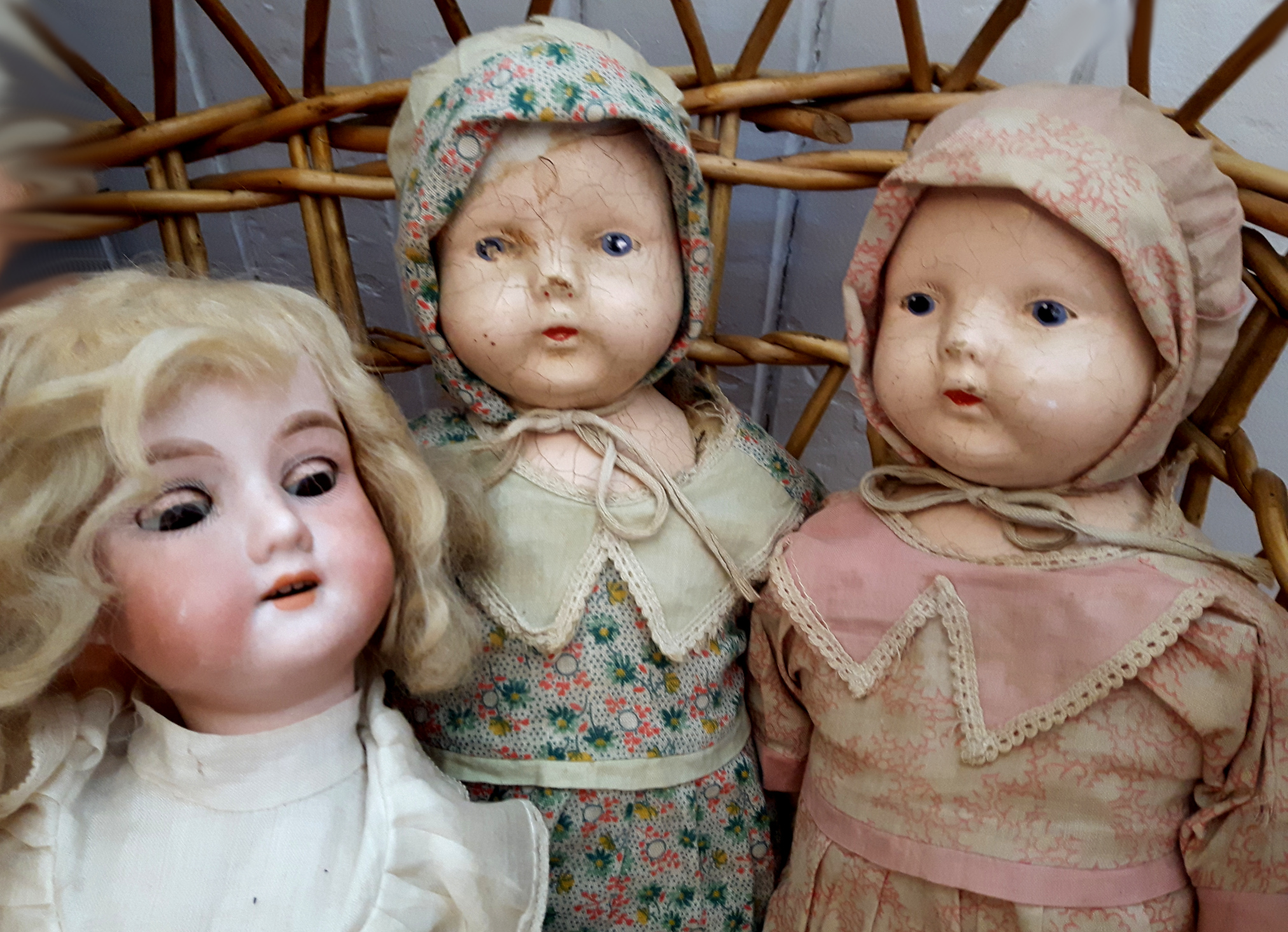 Children have always been fascinated with dolls. Some of the earliest dolls were found in archaeological digs underneath the Egyptian sands. Half a world away, the oldest Canadian dolls were found amid the ice of the arctic. The Inuit made dolls from skins and furs. The making of the dolls was used to teach sewing. Sewing would be an important skill to create clothing that could withstand the arctic cold. Elsewhere in Canada, other Indigenous People made dolls from natural materials such as wood, leather, fur, and cornhusk, which are perishable in temperate climates. These dolls did not survive over the centuries as did the Inuit dolls of the far north. Once settlers began to populate the southern regions, home made dolls were a common toy for young ones. By the 19th century, dolls were manufactured and imported from Europe.

The First World War caused a shortage of dolls in Canada. Several companies were founded in Toronto to fill the gap and create a local market. By the 1920s, they offered a range of dolls to the consumer. Some even walked and talked! Perhaps those dolls were the eagerly awaited Christmas or birthday present to a young girl in South Frontenac.

There was another change happening in doll making. Towards the end of the 1920s, porcelain (also called bisque) dolls were being supplanted. The newest invention was dolls with heads made out of composite. While composite had been used to make doll bodies for decades, this was the first time it was used to make doll heads.

But what is composite? Composite is a mixture of sawdust and glue. It was a heartier and far less fragile substance than porcelain. In fact, composition dolls were being hailed as unbreakable. Compared to their porcelain predecessors, this was almost true! However, the finish on composition dolls could be ruined by water and by time. Composition dolls were prone to developing fine cracks called crazing. This was so common, that collectors today still find dolls with a light crazing to be acceptable.

By the late 1940s, the first hard plastic dolls entered the scene. This spelled the end of the composition doll, which lasted only a few years more.

The South Frontenac Museum has many dolls kindly donated by residents. Included in the current Exhibitions are some produced in the 1920's. The museum is now open for the summer. Come by and take a trip through time!