Written by: Faull Kennedy and Denise Tipton – Connect with Denise through the Museum contact form 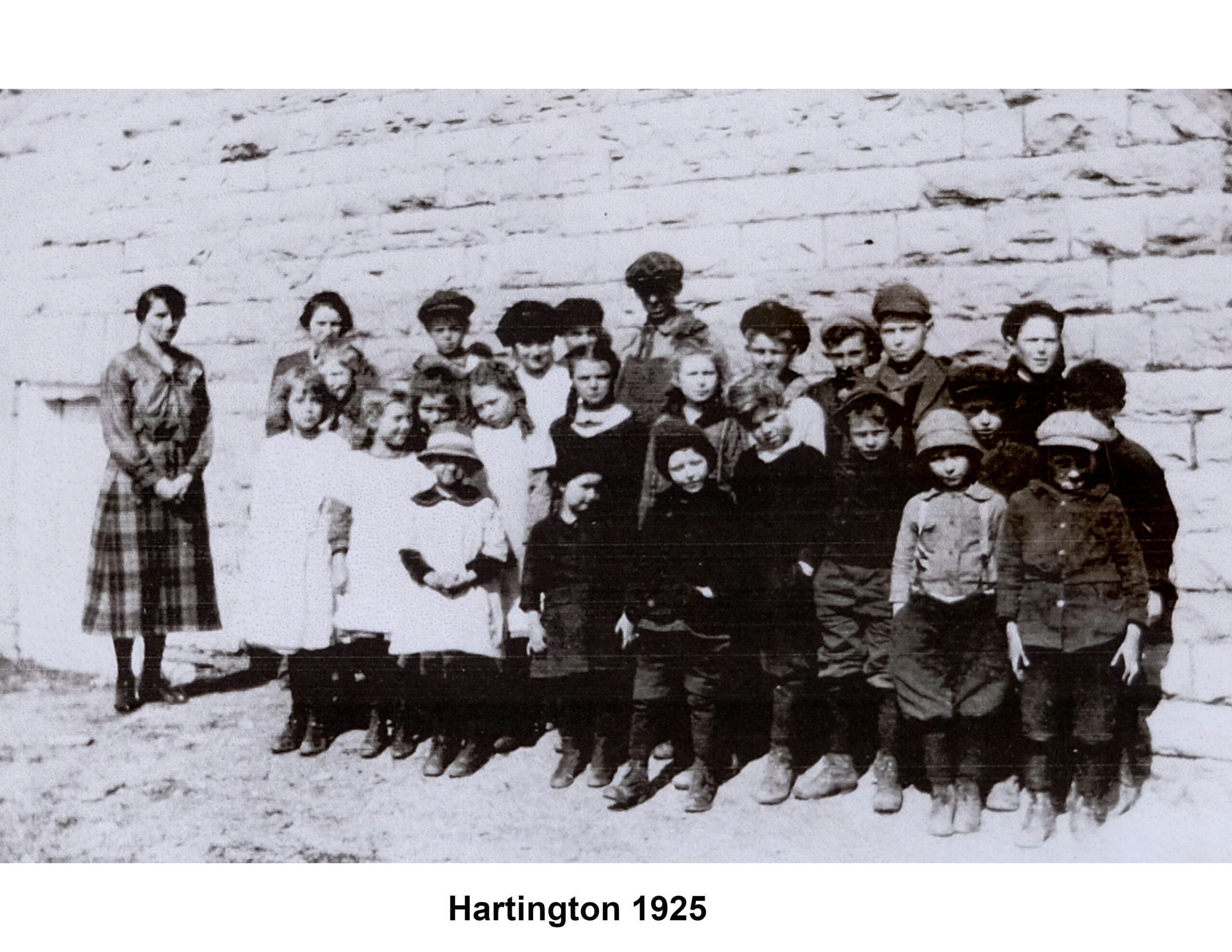 Education has always been important in our society. Free and compulsory public schooling was first instituted in Ontario in 1871. Children had to attend school for at least 4 months a year between the ages of 7 and 12. This age limit increased to 16 by 1954. But children could get exceptions if needed at home or on the farm.

As in many rural communities, schools were small and all grades used to be taught in one room. A room devoid of electricity, running water, or sometimes even heat. The museum used to be one of these schools. It was erected in 1903 and was the third school on these grounds.

The first teacher was Miss Anne Collins, who was paid $250 per year. Miss Collins taught all grades from one to eight. The curriculum was outlined by the Ontario Ministry of Education. She would have written lessons on the blackboard for each grade. Students were expected to do their work, and also to help those younger than them with things they had mastered.

Electrical lights were added to the school in 1930.

In 1940, older students began being bused to high school in Sydenham.

In 1954, it was voted to create a new two-roomed school to replace the overcrowded old school. It was built on the grounds north of the school.

School buses made big changes to how students got to school. No longer were they required to walk the long distances. Large community schools became the norm, as they are today.