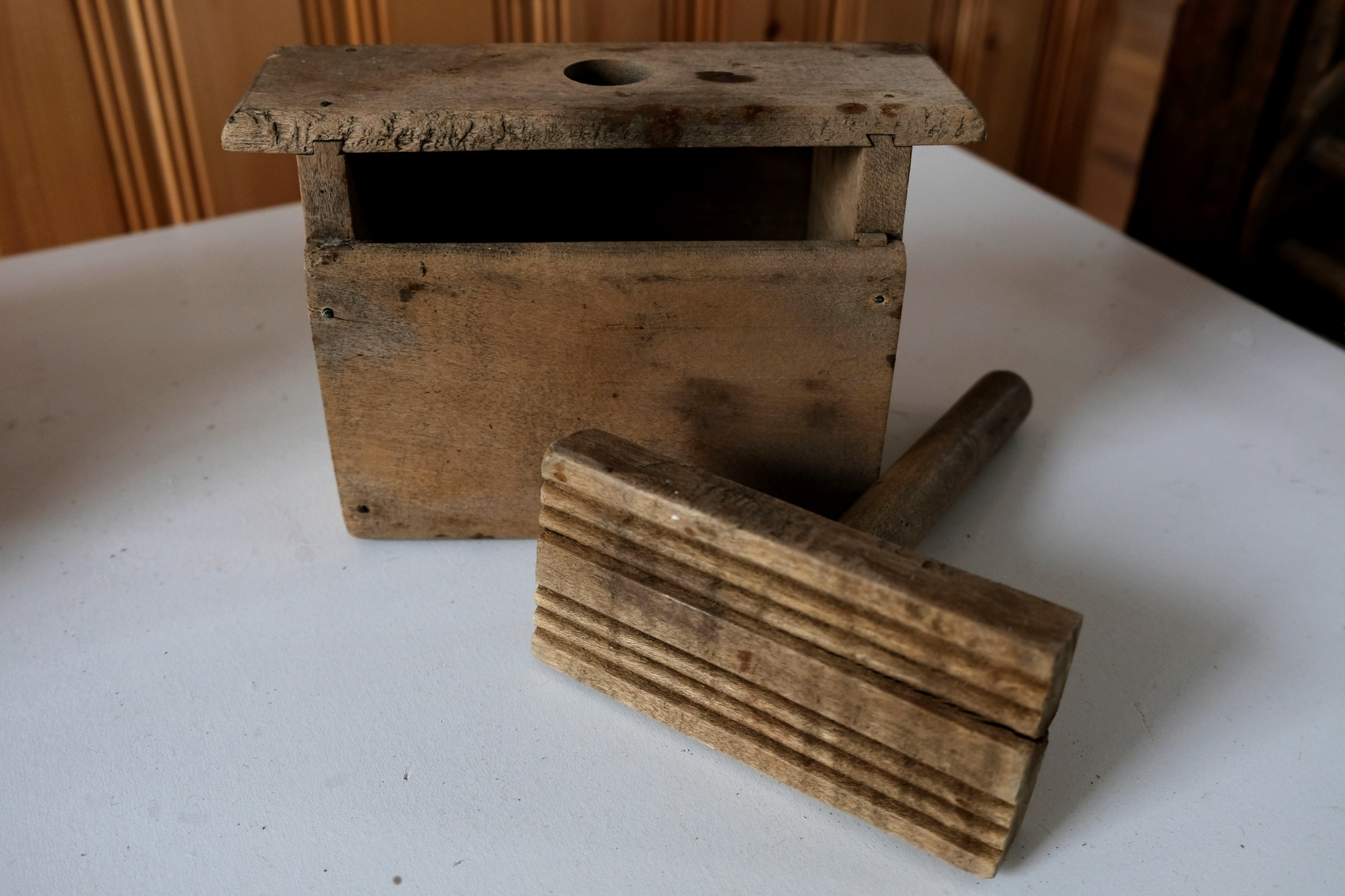 Before supermarkets and corner stores, basic foods would have to be produced locally and used before they perished.

Our local farms were small with small acreage that allowed a family to provide for its needs and trade for items it could not produce. The terrain in Frontenac is rugged and was not good for most crops. Fields were cleared to grow forage such as hay and to graze small herds of cattle. With 3 to 10 cows producing milk daily, farmers had to find ways to preserve the milk and get it to market. Farmers’ co-ops were created and factories built to produce cheese.

Meanwhile at home, butter was churned for family use and trade at the local country store. With no electricity, it was kept cool in the ice house or down in the well. Making butter was a chore of the women in the family and the method was passed on between generations.

Butter is made by processing the whole milk of the cows. Whole milk is allowed to sit so that cream forms at the top. This happens because water is denser then the creamy fat. The thin liquid at the bottom is called Skim milk. In the past, this skim milk was fed to calves and other livestock. Now it is sold for human consumption.

The cream from the top is skimmed off and poured into the churn. The most common butter churn was the dash churn, which was a large wooden or pottery barrel with a wooden staff called a dash sticking through the lid. By moving the dash up and down, and turning it through the cream, the churners could turn the cream into butter in 30-45 minutes.

During the churning process, the forming butter had to be rinsed several times to remove all the buttermilk. Then it was lightly salted and kneaded to distribute the salt, remove excess water and make a smooth texture. The butter was then ready to press into a container such as this butter press from the South Frontenac Museum's collection.

Butter was formed into blocks in the press with a butter paddle then pushed out of the press. The maker would also stamp the butter with images of flowers or animals to identify it at market.

The museum has many samples of these butter making tools which can be seen on display in the 2020-2021 exhibits when it opens this season. Watch for opening dates on this website!