Written by: Denise Tipton – Connect with Denise through the Museum contact form 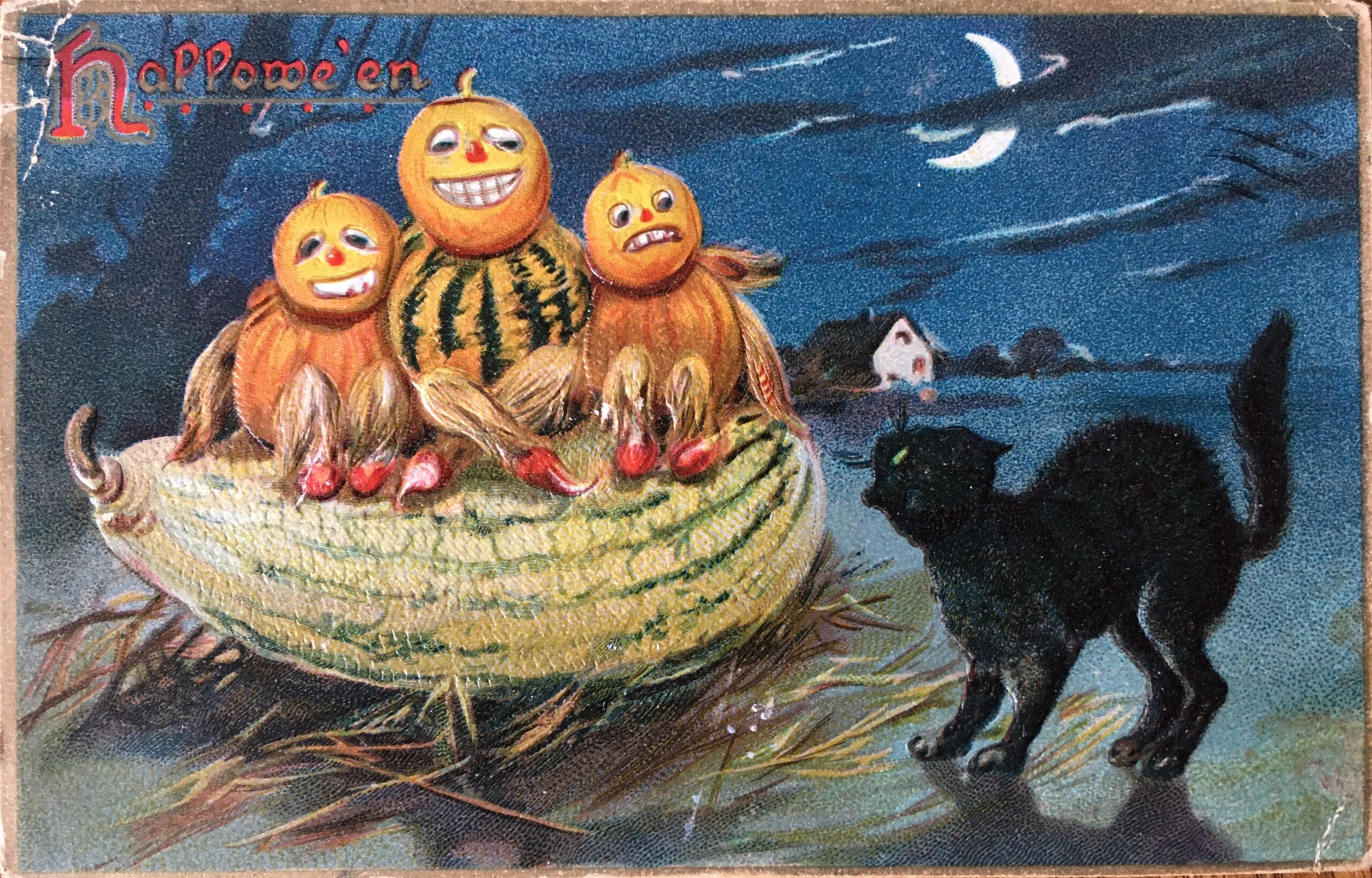 Halloween's origins can be traced back to around 400 BC, when the festival of Samhain was celebrated among the Celtic peoples of Ireland. It was a festival marking the end of summer harvest and the beginning of a new year on the Celtic calendar. Celts believed that on the night before the new year, the boundary between the worlds of the living and the dead became blurred. It was a time when mortals and souls of the dead would mingle with one another.

The tradition of “guising” and “mumming”, wearing a costume, originated from this festival. Mummers and guisers would personify the spirits of winter and go door to door demanding reward in exchange for good fortune.

The custom of pumpkin carving also began in Ireland with the legend of Stingy Jack who made a habit of playing tricks on the devil. Once Jack died, God did not allow him into heaven and the devil did not allow him into hell. Instead he was banished to live in eternal night. For his punishment, the devil gave Jack an ember to light his way. Jack placed the ember in a hollowed out turnip, the predecessor for a carved pumpkin.

When millions of Irish emigrated to North America in the 1800s, they brought with them the tradition of what we now know as Halloween. Since then, it has became increasingly popular in Canada and the United States.

Newspapers of the time refer to the sight of fairies and witches on Halloween night. As early as 1874, Halloween masks were on sale in Kingston, Ontario.

Grocery stores were quick to see an opportunity, and sold a variety of seasonal nuts. Advertisements in 1897 touted chocolates, creams, and gumdrops all on special offer for the celebration.

Canada can claim to the earliest recorded usage of the phrase “trick or treat”. In 1927, a newspaper article in Alberta reported that pranksters were visiting houses demanding either a “trick or treat”.

Today, Halloween is marked by decorations, costumes, and of course, trick-or-treating as night falls.